As it is already clear that Apple is going to be releasing three iPhone devices this year- iPhone 7, iPhone 7 Plus, and iPhone 7 Pro or (just “iPhone Pro”). As suggested by the latest leaks, rumors, and speculations, the iPhone 7 will be the base variant, while the larger iPhone 7 Plus will sit in the middle of the lineup. The iPhone 7 Pro will be the top variant with dual rear cameras and 256 GB storage. 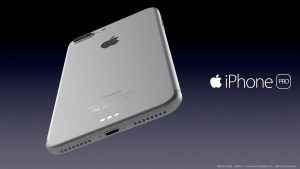 Dutch Designer Martin Hajek has published several concept renders of what the Apple smartphone may look like based on the speculations and rumored specs. At first look, users will notice the dual camera setup in the rear part of the phone.

Several rumors have already claimed that the device will be sporting the dual camera setup. Leaked phone cases have also more or less confirmed the speculation because of the wider hole for the rear camera. As per the TrustedReviews, the iPhone 7 concept render from Hajek shows the dual-lens camera even if it is expected to appear in the iPhone 7 Plus. What makes it better than the regular cameras is that it will have enhanced zoom, depth and angles for mobile shots. 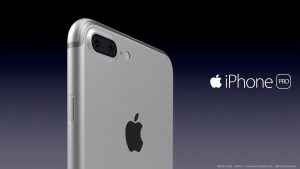 There are also rumors that the new phone would have a Smart Connector which would allow users to use external keyboards and such without the need for a power source or a battery. However, the leaks have been conflicting because some photos show the connector while others do not.

Apple could also make the iPhone 7 Pro which would take on the Galaxy Note 7 from Samsung, SlashGear reported. It would have a much larger screen and could probably feature the use of the Apple Pencil as well.

Apple’s iPhone 7 could be unveiled at their WWDC event and the dual camera setup and Smart Connector specs will finally be confirmed. So, a lot of rumors and leaks are expected until the much anticipated smartphone of the year is finally unveiled.