As per the reports, Apple’s new Smartphone iPhone 7 is rumored to be under production in China. The most anticipated and featured Smartphone is scheduled for its September launch. The information is not yet confirmed by the company but rumors have started to roll out even the tiniest information regarding the iPhone 7.

iPhone 7 is also rumored not to feature a 3.5 mm audio jack. If this rumor is true, then iPhone 7 is expected to have Bluetooth or Lightening Powered headphones. Also, the removal of audio jack will make the iPhone 7 slimmer than previous i Phones. 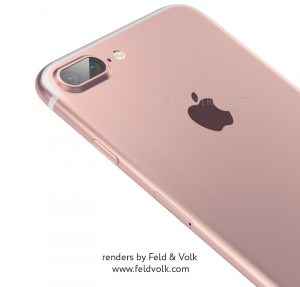 Camera of iPhone 7 Plus is rumored to be a dual-camera setup. Mean while the iPhone will feature single camera setup. Leaked images of iPhone 7 suggests that the inclusion of two grills on the device indicates that it will be equipped with stereo speakers.

The iPhone 7 and iPhone 7 plus are rumored to be unveiled in September this year. Till then, a lot of rumors and leaks are yet come as for the much awaited and the most anticipated smartphone in the world, Apple iPhone.