As confirmed earlier, Huawei has now launched the new giant premium smartphone with a Leica’s dual-rear camera setup, the Huawei Mate 9 smartphone. The highlight of the Huawei Mate 9 is the new artificial intelligence feature which will learn the daily habits of the user. Along with the smartphone, Huawei also launched a new fitness tracker. The Huawei Mate 9 is priced at Eur 699 or US $776, which is approx INR 51,000 on conversion.

Arne Herkelmann, Huawei’s European head of handset portfolio and planning, said in a statement,”Huawei’s Mate 9 will rely on machine learning to ensure the device understands a user’s daily habits like which apps are used more frequently and it will put them within easy reach. Huawei says also machine learning takes place on the phone itself rather than the cloud for privacy and security of the user. “It learns how you use your phone,”. 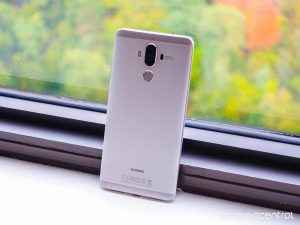 Coming to the specifications, the Huawei Mate 9 features a 5.9-inch Full-HD (1080p) display and pixel density of 373 ppi. The color saturation (NTSC) is 96 per cent with a high contrast of 1500:1. As for the design, smartphone follows the same style of Huawei Mate 8 with a metal frame on the side, curved 2.5D glass on the front and a matte metal finish on the back. Dimensions of the Mate 9 are 156.9 x 78.9 x 7.9mm and it weighs 190g. The smartphone will come in Space Grey, Silver, Gold, Brown and Ceramic White color options. 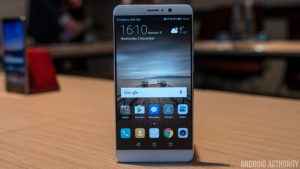 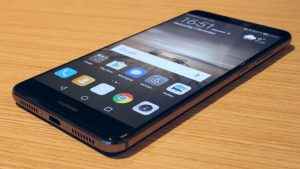 Mate 9 follows the recent trend of dual-rear cameras. Just like the Huawei P9 and Honor 8, Huawei Mate 9 features a 20 mega-pixel Monochrome sensor along with a 12 mega-pixel RGB sensor which has f/2.2 aperture and OIS. The camera is co-branded with Leica, just like the P9 and has dual-tone flash, PDAF, CAF, Laser and Depth auto focus, along with 2x Hybrid zoom. The camera is also capable of 4K video recording. The front camera is 8 mega-pixel with auto-focus and f/1.9 aperture. 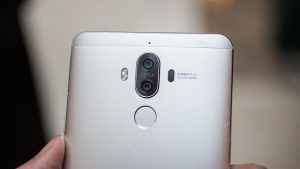 The Mate 9 smartphone is backed by a 4,000 mAh battery which can last for full two days on heavy usage and can charge fully in just 90 minutes, as claimed by the company. The smartphone also features a Type-C USB port. Senors on the Mate 9 includes Fingerprint Sensor, G-Sensor, Gyroscope sensor, Compass, Ambient Light Sensor, Proximity sensor, Hall sensor, Barometer, and IR Blaster.