Huawei G9 Plus with metal uni-body and 16 mega-pixel camera launched in China: Price and Specifications

Soon after launching its flagship P9 smartphone in India on Wednesday, Huawei has now launched its new G9 Plus smartphone in the home country. The new smartphone’s specs and price are the same as in Huawei Maimang 5, which was launched exclusively for China Mobile customers last month.

The G9 Plus is meant for China Unicom customers and is now available for sale for CNY 2,399 (approx US $360 or INR  24,200) for the 3 GB RAM/32 GB storage variant, as reported by Gizmo China. Huawei had also launched the 4 GB RAM/64 GB storage model, but the pricing and availability details of the second variant were not revealed. But if the G9 Plus is same as the Maimang 5, then the higher-end variant will be priced approx CNY 2,599 (approx $390 or INR 26,200). 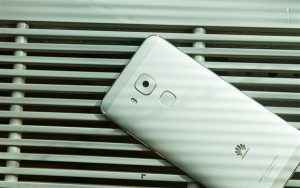 Specifications of Huawei G9 Plus

The Huawei G9 Plus comes in an all metal uni-body that features a 5.5-inch Full-HD (1920 x 1080 pixels resolution) display. The device is powered by a 2 GHz octa-core Snapdragon 625 processor and the Adreno 506 GPU for graphics rendering. Huawei G9 Plus runs on Android 6.0 Marshmallow with company’s EMUI 4.1 on top of it. Huawei G9 Plus also has premium features such as a 3D fingerprint scanner at its back and USB Type-C port.

Coming to the camera setup, Huawei G9 Plus features a 16 mega-pixel rear camera which is a Sony IMX298 image sensor, same as the one found on Xiaomi Mi 5. The camera features PDAF (phase detection auto-focus), OIS (optical image stabilization), 4K recording, and dual LED flash. There is also an 8 mega-pixel front camera for taking selfies. The G9 Plus is backed with 3,340 mAh battery, which the company claims to deliver 2.2 days of usage.

Huawei G9 Plus will be available in China in black, white and color variants. There’s no word on availability outside of China at all, but we expect the company to soon launch the smartphone outside China so as to compete with other Chinese Brands