The famous android website, TechDroider has posted what they are claiming is the first image of the Nexus Marlin. The image shows a portion of a phone’s screen that happened to be turned on. As per the same site, this image is said to be the most accurate image so far considering the expected design of the smartphone. TechDroider says the Nexus Marlin will have an aluminum body, which will make it look like the HTC 10 from the back. The device should feature a fingerprint sensor and a camera on the back. 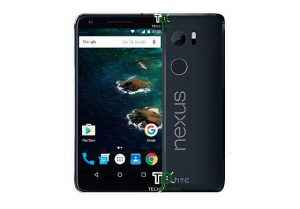 Speaking of front, not much can actually be said of the Marlin from this angle. Even TechDroider isn’t sure if there will be two front-facing speakers there. Given there is nothing else on the front, it will be a huge waste of space if HTC didn’t take this chance to flaunt its BoomSound technology in spades, reported by Slash Gear.

The Nexus Marlin is expected to feature a 5.5-inch Q-HD smartphone that will run on a Qualcomm Snapdragon 821 SOC, 4 GB of RAM, and Android Nougat. There are no details regarding the price and release dates of the Google Nexus 2016 smartphones.But,  but assuming Google keeps to schedule, a Nexus announcement should be coming in the later part of the year.

This latest snakebot from Carnegie Mellon can swim underwater