As per the reports, HTC Desire 10 Lifestyle will feature a 5.5-inch HD (720p resolution) display. It will come in several color variants. And all of these color variants will have gold trim running along the edges, camera lens, flash and antenna lines. The reports also says that HTC 10 Lifestyle is expected to launch in matte and solid color finishes. The smartphone will come in two storage options: 3 GB RAM/32 GB internal storage and 2 GB RAM/16 GB internal storage and will run on quad-core Qualcomm Snapdragon processor. 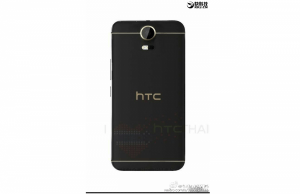 Earlier this year, HTC launched the HTC 10 at US $790 (INR 52,990). The device features a 5.2-inch 2K display, and is powered by Qualcomm’s Snapdragon 820 processor clocked at 2.2 GHz that comes with 4 GB RAM, and 32 GB internal storage space. The micro-SD slot in HTC 10 supports up to 2 TB of extra storage. HTC 10 features a 12 mega-pixel rear camera with HTC’s Ultra-pixel technology. The front camera is 5 mega-pixels with 1.34 μm pixel size. Click “here” for full review.

Gionee S6s, the selfie-focused smartphone to be launch in India on August 22: Price and Specifications