HTC 10 features a 5.2-inch 2K display with an all new aluminium body design. The device is powered by the latest 2.2 GHz Qualcomm Snapdragon 820 processor that features 4 GB RAM and 32/64 GB in-built storage. There is a micro-SD slot as well with 200 GB capacity. The smartphone features Boom-Sound Technology with Dolby Surround sound. 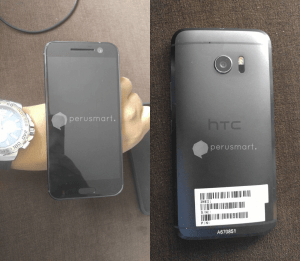 HTC 10 features a 12 mega-pixel rear camera with HTC’s Ultra-pixel technology. The rear camera can support 4K recordings and comes with as f/1.8 aperture. The pixel size is 1.55 μm. The front camera is 5 mega-pixel with pixel size of 1.34 μm. The camera features OIS (Optical Image Stabilization) Technology in both front and rear cameras.

HTC 10 runs on an Android Marshmallow OS that comes with HTC Sense UI. The battery on HTC 10 is a 3000 mAh and the company is claiming that the smartphone can easily give a 27 hours of talk-time backup. The Smartphone also features Quick Charge 3.0 Technology and the device can be charged up to 50% with in 30 minutes.

Key Specifications of HTC One X9

The HTC One X9 features a 5.5-inch full HD display. The device is powered by MediaTek Helio X10 SoC octa-core processor that features 3 GB RAM and 32 GB inbuilt memory and is backed with a 3000 mAh battery. 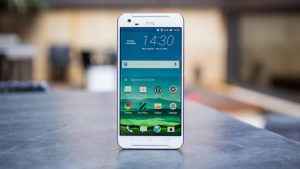 The smartphone features a 13 mega-pixel rear camera and a 5 mega-pixel front camera. The device runs on Android Marshmallow OS with HTC Sense UI.