HP’s Stream Laptop series was launched two years ago and was built for the cloud computing. Under this series, laptops are packed with basic specifications, a large battery and a sleek and stylish design. Earlier, HP launched Stream 11 and Stream 13 laptops and both were priced between US $199 to $250 respectively. HP has now introduced Stream 14 laptop, which as the name suggests, is a 14-inch laptop starting at $219 (approx INR 14,600) and is expected to go on sale from September 7. 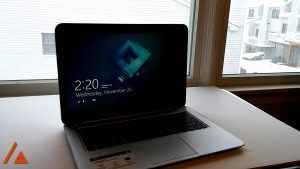 The Stream 14 replaces the Stream 13 and bumps up some under-the-hood specifications as well as a refreshing the design. The Stream 14 comes with a fast dual-antenna 802.11ac Wi-Fi, a new Intel Celeron processor, 4 GB RAM, 32 GB flash storage, 100 GB One Drive Cloud storage and 1366 x 768 resolution, which doesn’t sound so exciting on paper but looking at the price, the laptop do worth it.

While the original Stream laptops shipped with Windows 8.1, the Stream 14 will come with Windows 10. The Stream 14 laptop will be available in Blue, Purple, or White color options in certain regions. A welcome improvement is the battery life which now stands at 10 hours and 45 minutes, which is great for a primarily online-only laptop.

Other Stream laptops also receive an upgrade. The new Stream 11 launches on August 24 with faster Wi-Fi, upgraded processor, and slimmer body compared to its predecessor, and will be priced at $199 (approx INR 13,300). The 11.6-inch Stream x360 laptop/ tablet hybrid will receive similar hardware upgrades with a price starting at $249 (approx INR 16,600) and expected to come out in September. There is also an educational model called the Stream 11 Pro that features improved security and an optional 64 GB storage.