After a series of leaks and a lots of rumors, Google has finally unveiled the smartphones under its new Pixel series, the Google Pixel and Google Pixel XL. Google is putting its brand front and center with the phones, which feature a glass window at the back that extends to cover the fingerprint sensor. Both the smartphone will run on Android 7.1 Nougat OS. 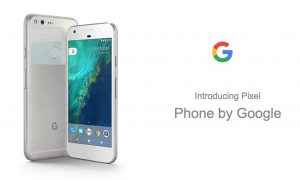 Google is also promising a great photography experience, stating that the phones received a rating of 89 on DxOMark. Both the smartphones have a 12.3 mega-pixel camera with an f/2.0 lens. The camera also comes with software tweaks. By holding down the shutter button, you’ll take photos in burst mode, with Google automatically selecting the best one. Then there is an 8 mega-pixel front camera, rear fingerprint sensor, and a USB Type C port. 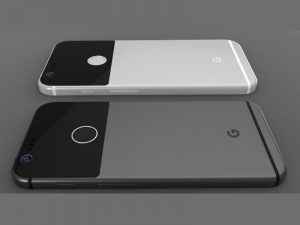 Then there’s HDR+, takes multiple short exposures to minimize blur and reduce noise, resulting in clearer images in low-light conditions. The camera uses HDR+ by default, and Google is emphasizing that the Pixels have the shortest capture time of any phone. Google is also throwing in free unlimited storage for Pixel owners, which includes photos and videos at full resolution, as well as 4K videos. 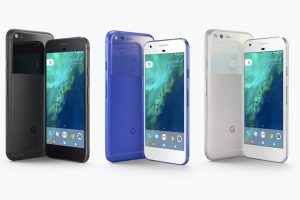 The Pixel phone comes in three colors- Very Silver, Quite Black, along with a limited edition Really Blue version, which is exclusive to the US. Pre-orders for the new handsets start today in the US, Canada, and Australia, with buyers in India getting their chance on the 13 October via Flipkart exclusive and other retailers. The base-level Pixel starts at US $649 or $27 a month. Users can pick it up unlocked through Google’s site or tied to Verizon in US.