Gionee has announced a new device from the “S” series, the Gionee S6 Pro. It is a mid-range handset and the successor of the Gionee S6 that was launched in November last year. The new device comes with several feature upgrades over its predecessor. The device is priced at CNY 1,999 (approximately $300/ Rs 20,400) in China and will available in gold, Rose Gold and silver online on the company’s China website. 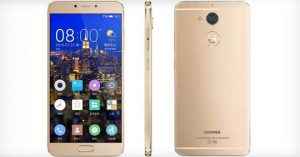 The rest of the S6 Pro specs include a fingerprint sensor on the back, LTE connectivity, a 3,130 mAh battery, USB Type-C port, and Android 6.0 Marshmallow with Amigo 2.3 launcher.