The IFA 2016, Berlin brought us a lot new laptops, smartphones, ultrabooks etc. In the same event, the Taiwanese Tech Giants Asus launched its wearable smartwatch, the Asus ZenWatch 3. The smartwatch is said to be the successor of the Asus ZenWatch 2 that was launched last year. The new ZenWatch 3 is not as cheap as its predecessors but it continues to be more affordable android wears, and this time with some new exciting features.

The new Asus ZenWatch is entirely different from its predecessors. The 2015 model had a rectangular design with a screen that appeared to represent a budget alternative to the Apple Watch but this time we see a much sportier look, with a more personal and unique twist that also comes with IP67 certification, meaning it is resistant to water and dust. 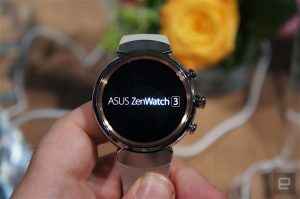 The three physical buttons are placed on the right side that give this smartwatch a much sportier appearance than other watches that the company has so far released. The two extra buttons, however, are superfluous. The upper button initiates fitness monitoring, while the lower opens the alarm settings.

The ZenWatch 3 comes with two types of strap: one silicone and other leather, while the dials are available in silver, bronze and rose gold. The customization options extend into the software, which provides more than 50 watch-faces to choose from. In comparison to the previous editions of Asus ZenWatch, Asus has managed to produce something much sleeker, sportier and unique, regardless the thickness of 10.65 mm. 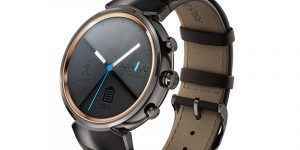 The Asus ZenWatch 3 features a 1.39-inch AMOLED display with a pixel resolution of 400 x 400. The ZenWatch gives you the pixel density of 287 ppi. These numbers are similar to the majority of competing Android Wear smartwatches. The Asus ZenWatch 3’s display will perform very fine in day to day use. The brightness is enough for indoor and outdoor usage with strong viewing angles. 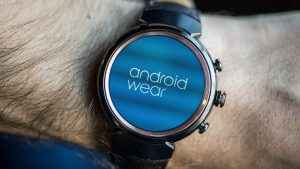 The Android Wear software is essentially identical to that found on any smartwatch. The gesture controls are the same, and manufacturer tweaks are minimal. Asus does include a couple of interesting features, especially ZenFit, which, in Asus’ own words, is the most accurate fitness monitor available on a smartwatch, with as high as a 95 percent accuracy rate. ZenWatch Manager also allows users to further customize the clock, with more than 50 watch-faces available, and FaceDesigner even allows you to create your own watch-face.

Regardless the other smartwatches that comes equipped with Snapdragon 400 SoC, the Asus ZenWatch features Qualcomm’s new Snapdragon 2100 SoC clocked at 1.2 GHz and comes with 1 GB RAM/ 4 GB storage. According to Asus, the new chip “requires 25 percent less energy than its predecessor”, so it should, at least, have positive effects on energy management. The device also features Bluetooth 4.1. 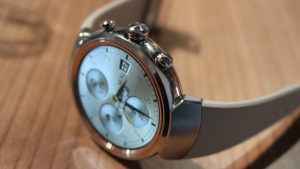 Asus promises similar results to those of other recent Android Wear smartwatches, that is up to two full days, thanks to its 340 mAh of power. The Asus ZenWatch 3 comes with the hyper-charge system, that promises to charge the smartwatch up to 60 percent in just 15 minutes. Thus, it could easily provide you a day power in just 15 minutes.

The Asus ZenWatch 3 will be priced at €229 (approx US $257 or INR 17,200) for its silicone strapped base variant and will be released in Europe in October. The company has yet to reveal the availability of the Smartwatch in the other leading markets including US and India. Now, comparing it with the Asus ZenWatch 2 (priced at US$ 129), the ZenWatch 3 will cost you almost double the previous ZenWatch but still it is quite cheaper than the other android smartwatches. 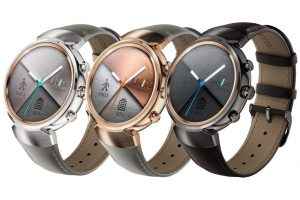 The new Asus ZenWatch is obviously a beautiful, impressive and certainly has a unique appearance, and will be able to stand its ground against the likes of Huawei and Lenovo. We need to see if the smartwatch will pose any threat to the Samsung’s upcoming Smartwatch, the Samsung Gear S3.