The smartphone features a 5-inch (1280 * 720 pixels) 2.5 D curved glass display. It is powered by a 1.3 GHz MediaTek MT6737 64-bit quad-core processor with Mali-T720 GPU. The smartphone also has a memory card slot for further expansion of internal storage. 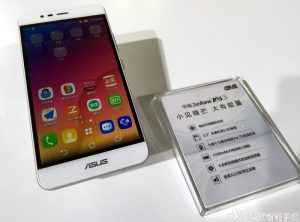 On the camera front, the smartphone sports a 13 mega-pixel rear camera with LED flash, 5P lens, f/2.2 aperture, and a 5 mega-pixel front-facing camera with f/2.0 aperture.

If Asus will launch the Zenfone Pegasus 3 in India, it would face competition from the likes of the Moto G4 Plus, Lenovo K4 Note and the LeEco Le 2 among others. Also, On the specifications and features front though, Asus’ new smartphone looks to be under powered when compared with other smartphones of same price category.