The Taiwanese Tech Giants Asus, in collaboration with American network carrier Verizon Wireless, has launched the new tablet ZenPad Z8 in the U.S.

Benson Lin, the Corporate Vice-President and General Manager for mobile communications at Asus stated,”Asus is excited to launch the ZenPad Z8 with Verizon. Asus ZenPad Z8 brings an incredible feature set and top-end specifications to Verizon customers at a very attractive price” 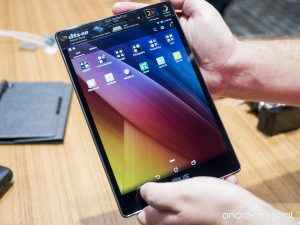 The new ZenPad Z8 features a 7.9-inch QXGA IPS screen with 2,048 * 1,536 resolution, and runs the Android Marshmallow OS. The tablet is powered by Qualcomm 64-bit class Snapdragon 650 hexa-core System-on-Chip (SoC) that comes with 2 GB RAM, 16 GB internal storage and Adreno 510 GPU. It is also backed with a 4680 mAh battery, which is capable of running the tablet for close to 23 days in standby mode.

The tablet also features an 8 mega-pixel primary camera with proprietary PixelMaster technology, which enhances picture quality taken under low-light conditions, and also a 2 mega-pixel snapper on the front. The dimensions of tablet are 204.72 (Length) x 136.40 (Width) mm and it weighs 320 grams.

As of now, there is no official word from Asus on whether the company has any plans of releasing the new tablet in India and other global markets.