As per the recent rumors by different Tech Savvy communities, the Apple’s upcoming MacBook Pro 2016 and MacBook Air 2016 are going to take the technology level to a greater heights. As per the reports of Yibada.com via Parent Herald, the new MacBook 2016 models are slated for release sometime in fall of 2016, which could synchronize with iPhone 7’s launching that is hinted to be in the fourth quarter of the year.

It is said that the delayed release of the new MacBook Pro 2016 model is on purpose because of the idea that both devices will omit the headphone jack, which will solicit a great amount of time for engineers since the change covers the physical aspect of the laptop. 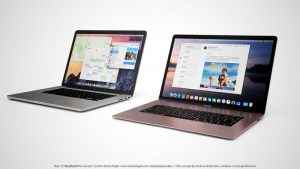 Apple is also reported to be working on a new OLED touchscreen format that will replace the function keys on the new models and also a Touch ID fingerprint support. MacBook Pro is also said to feature USB-C support to address the previous complaint with the sole port on 12-inch MacBook.

Along with the 13-inch and 15-inch MacBook Pros, Apple is also reported to introduce a 13-inch MacBook similar to that of the 12-inch Retina model that was just upgraded with dual-core Intel Core i5 2.7 GHz processor equipped with 8 GB RAM. As reported earlier, Apple is setting up the markets with the entry of its new models as the company started pulling its older MacBook Pro stock from some of its retail shops.

The upcoming MacBook Pros are also expected to be thinner more powerful, have a sharper screen resolution unlike previous MacBook Pros that are quite thicker. Also, unlike the new MacBook 12-inch, it will have more than one port.