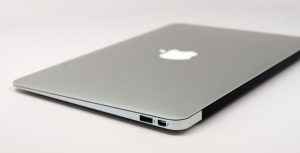 As per the Mac Otakara, a popular Japanese tech publication, Apple will launch the laptop this month. The website claims that it would not happen at the ongoing Worldwide Developers Conference or WWDC 2016. Apparently, Apple will have a separate presser to announce the arrival of the MacBook Air 2016. The publication also added that the new iteration of the MacBook Air will hit the shelves in August.

The 12-inch MacBook Pro was released through a press release in April this year. Apple will do that same on the MacBook Air 2016 as per the Mac Rumors. The press release will reportedly happen right after the Apple WWDC 2016 event. It will be interesting to know the features and specs of the upcoming laptop. However, it appears that Apple has continued to remain silent with regard to the speculations.

Meanwhile, many tech observers predict that there won’t be a lot of changes on the new MacBook Air 2016. It was earlier reported that Apple has decided to replace the MacBook Air series with the MacBook Pro line as the company’s new flagship laptop. However, the tech giant has yet to confirm these reports.

According to the rumors, there will be two versions of MacBook Air 2016 that will hit the market this year. The 13-inch and a 15-inch variant, which is said to replace the old 11-inch model.

Till then, we have to stay tuned for more news and updates about the rumored release of the new MacBook Air 2016.