A lots of new products are being launched in the ongoing IFA event in Berlin. And recently, Acer has announced its two new upcoming smartphones which are named as Liquid Z6 and Liquid Z6 Plus. Both the smartphones are designed as per the market needs out of which, the Liquid Z6 is a budget smartphone and is comparatively less powerful and smaller than the mid-ranged Liquid Z6 Plus smartphone. Company also launched a tablet which is named as Iconia Talk S A1-734. 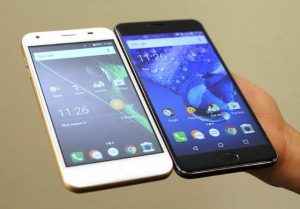 Talking about Liquid Z6, the device will feature a 5-inch HD (720p) display and will be powered by 1.25 GHz MediaTek quad-core MT6737 processor that comes with 1 GB RAM and 8 GB internal storage that can be expanded further via micro-SD card. The device features an 8 mega-pixel rear camera with LED flash and a 2 mega-pixel front camera. The smartphone runs on Android Marshmallow OS and is backed by a 2,000 mAh battery.

The Liquid Z6 Plus smartphone features a 5.5-inch full-HD (1080p) display and is powered by 1.3 GHz MediaTek octa-core MT6753 processor that comes with 3 GB RAM and 32 GB expandable storage. The device is backed with by a 4,080 mAh battery, comes with a Fingerprint scanner and runs on Android 6.0 Marshmallow OS. There is a 13 mega-pixel rear camera with LED flash and a 5 mega-pixel front camera on the smartphone. 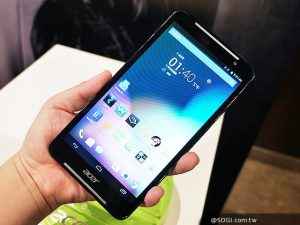 Lenovo P2 with 5,100 mAh battery and Lenovo A Plus smartphones are now official: Price and Specifications