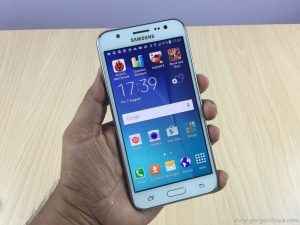 Samsung Galaxy J5 is powered by a 1.2 GHz Qualcomm Snapdragon 410 processor paired with 2 GB RAM and 16 GB internal storage which can be further expanded up to 128 GB via micro-SD card. On the camera front, Samsung Galaxy J5 gets a 13 mega-pixel primary camera and 5 mega-pixel front camera. The device is backed by a 3,100 mAh Li-Ion removable battery.

The Samsung Galaxy On 7 was unveiled in India in November, 2015. It comes with Ultra Data Saving mode. Galaxy On 7 feature a 5.0-inch Super AMOLED HD display. The smartphones runs on Exynos 3475 quad-core processor that comes with 1.5 GB RAM and 8 GB internal storage, expandable to 128 GB via micro-SD. Galaxy On 7 phones sport a 13 mega-pixel rear camera with f/2.1 aperture and a 5 mega-pixel front camera with f/2.2 aperture. The phone supports 4G LTE. 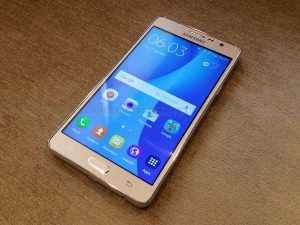 Samsung Galaxy On 7 has a 2,600 mAh battery and weighs 149 grams. It runs Android 5.1.1 Lollipop. The Galaxy On 7 also comes with a mixed radio app and an intuitive media streaming app, which allows access to music for 10 hrs offline.